I have the flashcard add-on. I am on an iPhone 6

Staff member
Most up-to-date instructions on that are at http://iphone.pleco.com/manual/30200/flashtut.html#importingotherflashcardlists - the Web Browser approach from the old ones only works nowadays if you have our Document Reader add-on.
D

Sorry to trouble you again Mike. I do have the document reader and I can view a file downloaded from the original post, i.e. the .txt file. I cannot import it as the encoding is wrong. Probably wasn't a good idea to download the file appearing under the Android instructions list but I assumed a txt file would be a txt file in iOS and would work equally well. Ideally I would like to have the radicals within the flashcard function rather than as a document. Still not there I'm afraid.
D

Actually, the file download link appearing under the Android instructions is probably irrelevant, it was the right file for the document viewer but I guess I need the .txt.zip file if I want to import flashcards, is that correct? If so where can I find it?

Staff member
The text file should work too; it's in UTF-8, is that the encoding you're picking? How are you determining that the "encoding is wrong"?
D

The file I have available to import is radicals-120605.txt. If I import it I see the Encoding Check screen and about 10% of the characters I see are question mark in a box. If I proceed then try to use the imported file it is not available in the categories screen.

Staff member
The question marks are normal, internal format flags. It wouldn't be categorized, by default - do you see the items in "Uncategorized"?
D

No, I try to start a test using Uncategorized but I get a pop up saying No Cards Found
D

Actually, I have no cards now. If I try a test using Level 1 of the HSK import that Pleco makes available if you don't have any cards of your own that no longer works either.
Update
I reinstalled Pleco so I have tests using the pre made cards available again but the radicals txt is no longer within Pleco.

Staff member
If you import it again does it work now?
D

Yes, it does. Thank you
B

Hello,
is it possible to sort the flashcards by rank?
A

Hello, I am needing help with getting the radical flashcards file to install. The instructions are old on this post, so I've tried following the tutorial online which I expect is more up to date.

1. Are the files at the beginning of this thread is a "dictionary" or a "flashcard" file, or are they both posted?
2. When I try to share the zipped file from my email app (clicking the up arrow icon) I only am asked if I want to "copy to" pleco rather than what your tutorial said which was "open in" pleco. When I select "copy to" it just opens the radical file in the reader.
A


I tried to upload a different flashcards file besides the radicals one, as well and ran into the same problem as described in #2 above.

BTW I love your app!

Staff member
Sorry for the confusion.

1) Same format, actually - can import it as either.
2) "Copy To" is a change in iOS nomenclature, but it's the same operation. The file will be in the 'Inbox' folder in Pleco's file storage; go into the sidebar menu in Pleco, Import/Export, Import, Step 2, then choose that file (in Inbox) as the file to import.
A

mikelove said:
Sorry for the confusion.

1) Same format, actually - can import it as either.
2) "Copy To" is a change in iOS nomenclature, but it's the same operation. The file will be in the 'Inbox' folder in Pleco's file storage; go into the sidebar menu in Pleco, Import/Export, Import, Step 2, then choose that file (in Inbox) as the file to import.
Click to expand...

I'm just wondering why these are not included as an optional download directly via Pleco instead of requiring a manual download. If these are due to reliability and copyright issues, at the very list, there should be a STICKY on the useful flashcards available here.

Another one that comes to mind would be the below:
https://plecoforums.com/threads/79-000-chinese-english-french-german-italian-japanese-and-spanish-sentences.5925/

It's really so easy to miss out on these good stuff here. Kinda sad! The radicals list is still useful for me since I'm halfway through but if I had it from the beginning, it would have been EVEN BETTER!

How about it? At the very least, there should be a STICKY LIST. I can volunteer if need be.

Staff member
Copyright issues are the main one, but our web to-do list includes adding the ability to easily browse / download files from the forums (with some sort of top / featured chart) - have to write a XenForo extension that'll generate a nice clean catalog for that.

Good point about sticky'ing though, will do that for this one at least right now.
A

mikelove said:
Good point about sticky'ing though, will do that for this one at least right now.
Click to expand...

Great! I'm sure those learning starting on their journey would find the explanations of the radical useful

Now into 2020, and I want you to know that your list is still helping new learners like me. So I just want to add my thanks!
谢谢你!
M

I have to point out a few problems with this collection of radicals & after my first cursory look. Having just invested an hour to get it set up. I would like to point out that I am very grateful to the creators and I think it is a great idea - but I think it is worth discussing some issues.

generally speaking this is regarding the definitions/meaning that is assigned to characters. I have recently downloaded the Outlier Linguistics dictionary add on. I highly recommend it, it explores the form, structure meaning and more, allowing us to grasp why characters look the way they do. I do trust their research as they delve into ancient writings and their research seems well-sourced.

so let’s take a look at a couple of problems that might impair our understanding these characters were trying to learn: 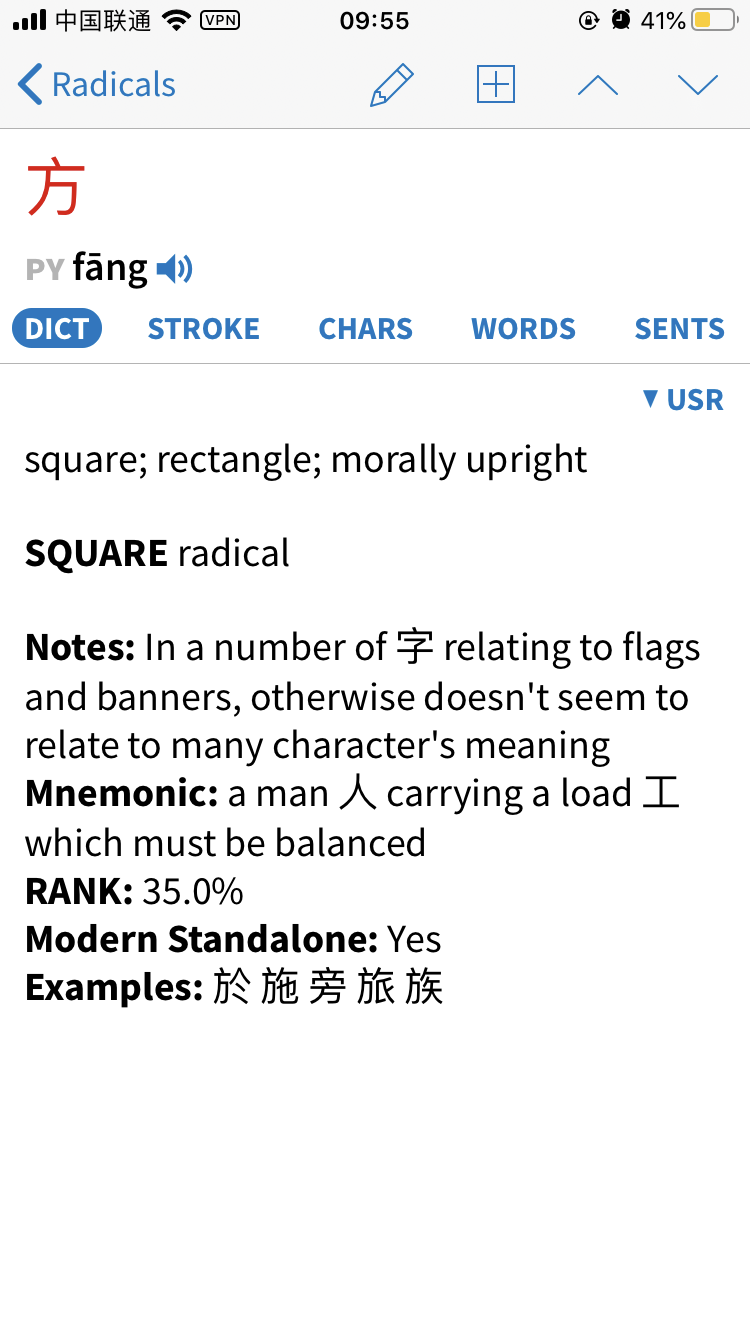 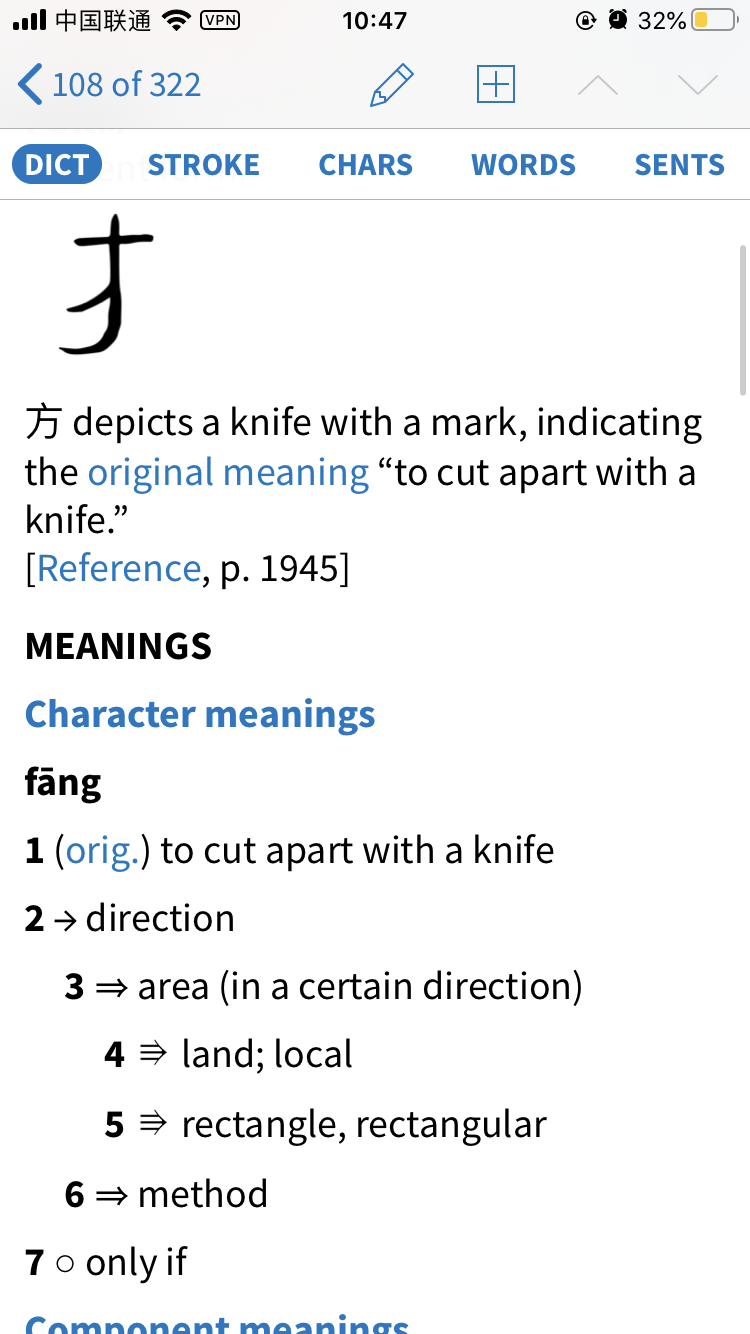 As we can see these two explanations seem to contradict each other completely. This is a problem I have noticed time and again when ever I’ve tried to study radicals, and cross-checked their info. Also that the mnemonic might cause one to mis-remember the actual meaning/structure.

Let’s look at another: 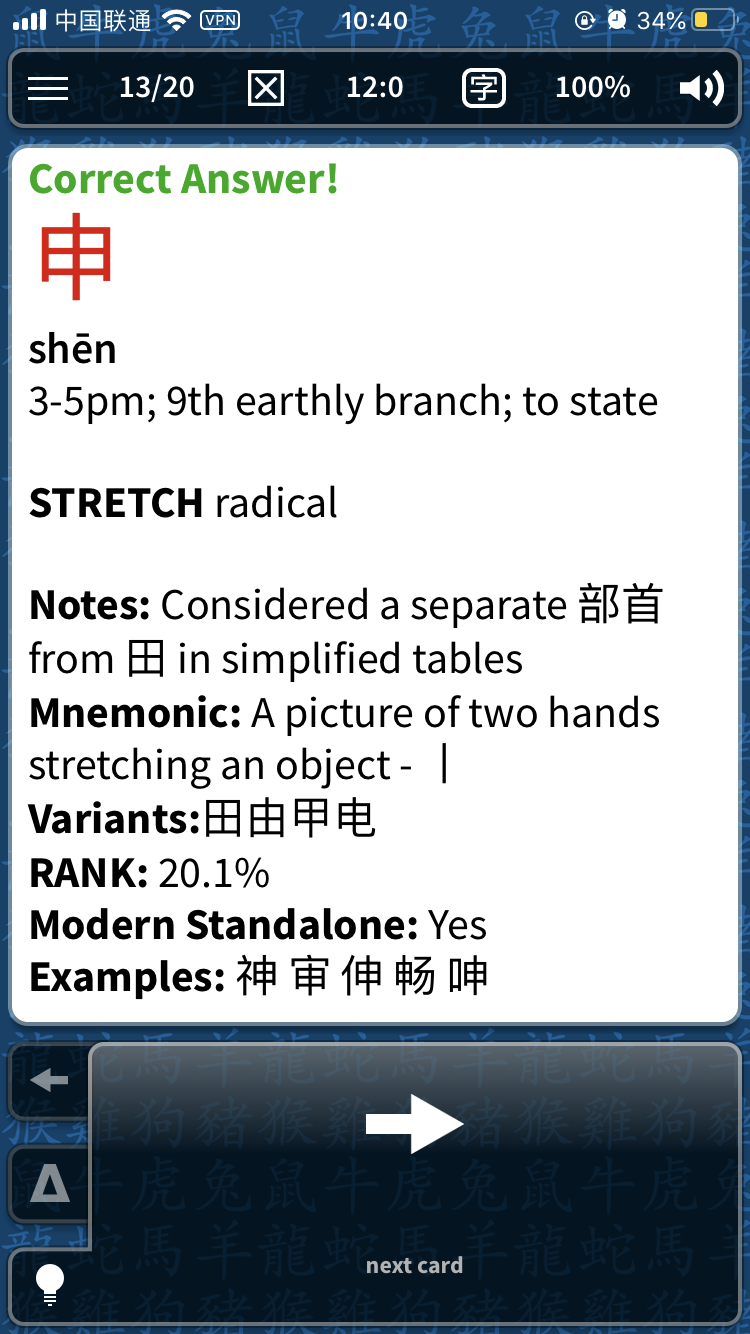 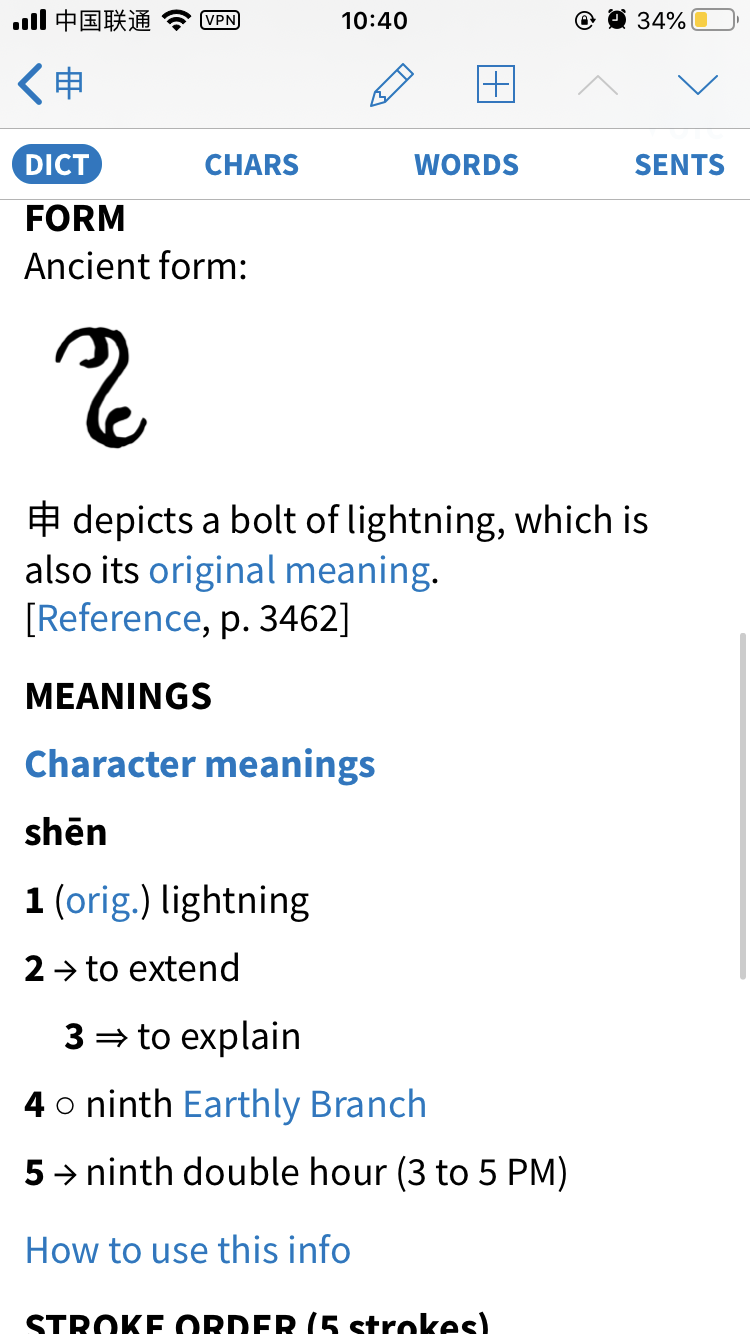 Again we get a very different feel of the meanings and reason for the appearance here. The meaning shown in the first is actually, apparently, a derived meaning but not related to the original form. But without knowing that I’d have been trying to identify it as a branch.

One other minor thing is 艹 is shown in the dictionary as cào rather than cǎo how it’s often reportedly spelt in pinyin from other sources . That is odd, esp. as cào is basically universally known as f*** in Chinese.

I am not wanting to criticise the amazing work that has gone into this. We absolutely rely on amazing people like you whoAre willing to offer such stuff for free. The point is, such inconsistencies always give me more overwhelming questions and uncertainty than a feeling of progress, or a feeling that I know I am studying in the right way.