Use registration code on other device

Hello, I just realized that it is possible to use the registration code on other devices among the household. So I tried to install it on my wife’s iPad (I’m using an iPhone).
However I always get an error message (see attached pic). Of course I tried to reboot as asked (and also force quit Pleco).

FYI I’m in China, I tried the operation both using a VPN and not (I didn’t have any issue when buying add one previously).

Is there an issue with the servers or am I doing something wrong?
Thanks, and happy new year! 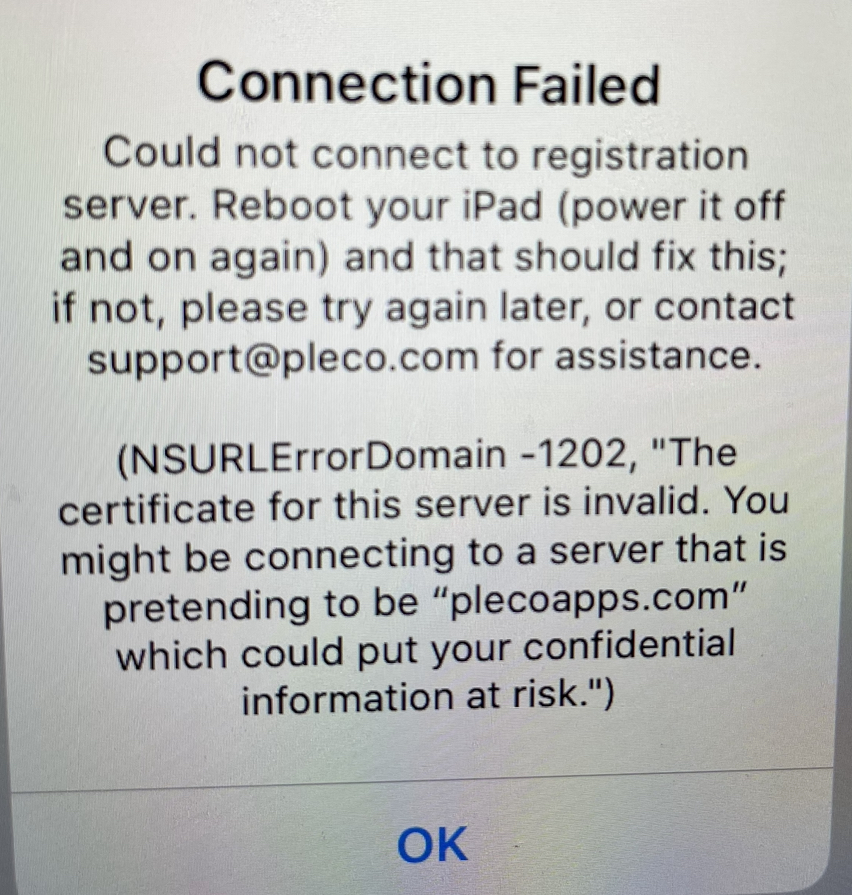